Pannenberg is very bold in his criticism of Barth's theology. He calls it "the farthest extreme of subjectivism made into a theological position ... the irrational subjectivity of a venture of faith with no justification outside itself" (Theology and the Philosophy of Science, p.273).

In his strong reaction against Barth's theology, Pannenberg suggests that, if we do not follow him in his 'from below' approach, we must go the way of irrational authoritarianism. I think we should take care not to make too much of the 'from above - from below' contrast. When we are called upon to make confession of our faith in 'the Jesus Christ of the Bible', we are not being forced to choose between 'the Jesus of history' and 'the Christ of faith'.

The 'Jesus' we are left with once he has been subjected to our particular understanding of the so-called 'assured results' of historical criticism is not the same as the Jesus of the Gospels. While Pannenberg's 'Jesus' may differ significantly from Bultmann's 'Jesus', it must e pointed out that the 'Jesus of the Gospels' does not emerge from Pannenberg's historical criticism entirely unscathed. Pannenberg is dismissive of the virgin birth and the pre-Easter Messianic consciousness. Why are they regarded as negotiable while the resurrection is presented as non-negotiable? I think it is because Pannenberg regards them as conflicting with the idea of historical contingency. Are the virgin birth and the pre-Easter  Messianic consciousness inconsistent with the idea that, in his resurrection, Jesus was declared to be the Son of God?

In view of Pannenberg's statement, "Viewed from the confirmation of Jesus' claim by his resurrection, the inner logic of the situation dictates that Jesus was always one with God ... even before his earthly birth" (Jesus: God and Man, p. 153), we might ask whether he might not have taken the virgin birth and the pre-Easter Messianic consciousness more seriously that he has done. If God raised Jesus from the dead, why should we be so hesitant to believe the simple, uncomplicated statement of Scripture - "This is how the birth of Jesus Christ came about ... Before they came together she was found to be with child through the Holy Spirit." Concerning the pre-Easter Messianic consciousness, we might well ask, Is it more reasonable to believe, as Pannenberg does, that the resurrection declared Jesus to be what he had not claimed to be than to believe that the resurrection declared him to be what he had claimed to be.

Another question concerning Pannenberg's use of the concept of the retroactive effect of Jesus' resurrection centres on Jesus' view of Scripture and his use of Scripture - "It is written." Pannenberg speaks of the retroactive effect of Jesus' resurrection: "That God is revealed in Jesus can only be asserted on the basis of his resurrection from the dead ... If Jesus as a person is 'the Son of God', as becomes clear retroactively from his resurrection, then he has always been the Son of God" (Jesus: God and Man, p. 141).  We might ask whether, as well as retroactively validating Jesus as the Son of God, the resurrection might also be a retroactive validation of Jesus' approach to Scripture  - when we say, 'Scripture says', we are saying, 'God says'. In his book, A Half Century of Theology, G. C. Berkouwer has written a chapter on "The Voice of Karl Barth". Raising the question, "What would Barth have said to Pannenberg?", he suggests that Barth would have asked Pannenberg "for more exegesis, more understanding of the Word" (p.71).  I think the question must be raised concerning Pannenberg's approach to Scripture - "Has he been rather selective in using those parts of Scripture which he adjudges to be most useful to his apologetic while disregarding those passages of Scripture which he considers to be less useful?

By raising these questions, I am calling in question Pannenberg's radical contrast between the 'from above' and 'from below' approaches. When we read the Gospel story concerning events which happened on earth (below), we are gripped by the mighty miracle of his resurrection. We become aware of Christ as the one who came from heaven (above). We look back to other events such as the virgin birth and the pre-Easter Messianic consciousness, and we see them in a new light. They are no longer seen as events about which we should remain sceptical. Our faith in the virgin birth and the pre-Easter Messianic consciousness are not the result of blind faith, something that is arbitrarily imposed on us 'from above'.  They are part of our response response to the Gospel story concerning the great event which has taken place on earth (below) - the resurrection of Christ. Reading and receiving with faith what the Scripture declare to us concerning his resurrection, we do not find it so difficult to believe what the Scriptures say to us concerning these earlier Gospel events.

What are we to make of Pannenberg's theology?
Berkouwer describes Pannenberg's theological anthropology (his 'from below' approach) as "a dynamic apologetic theology" (A Half Century of Theology,p. 167). He does, however, raise questions about how much we can expect from Pannenberg's apologetic approach. How seriously can we take Pannenberg's bold criticism of   theological positivism as an "intellectually non-obligatory, merely subjectively accepted supernaturalistic standpoint" (Basic Questions in Theology,  Volume II, p. 69, cited by Berkouwer, A Half Century of Theology, p. 169)?  Emphasizing that every apologetic (Pannenberg's included) is person-relative in the sense that it depends for its value on a willingness to the accept the gospel's presuppositions, Berkouwer raises the question, whether Pannenberg's apologetic "would actually be effective in dialogue withe modern atheism’. He wonders "to what extent his analysis of the human condition is convincing, and ... whether it would in fact open the listener to the meaningfulness of the Christian religion and the perspectives of the Christian future" (A Half Century of Theology, p. 176). In our declaration of the gospel of Christ, we need both courage and humility. We need courage - "Always be prepared to give the reason for the hope that you have". We need humility - "Do this ("Give the reason ... ") with gentleness and respect" (1 Pete 3:15-16).

Pannenberg maintains that there is "no essential contradiction in basing a sue trust on an event which we can know historically only with probability" (Theology as History, p. 273). Others are less confident that Pannenberg's theology can deliver as much as he promises. A. D. Galloway suggests that Pannenberg "tries to make history do too much for him" (Wolfhart Pannenberg, p.136). W. Hamilton makes this point even more strongly. While acknowledging Pannenberg's "attack on Bultmann" to be "one of the most useful and needed attacks in our day", he maintains that "it remains to e seen how effective and decisive has been Pannenberg's attempt to separate himself from the persuasive Bultmannian position". Hamilton explains himself thus: "Pannenberg, with his special understanding of historical method, is doing much the same thing as Bultmann is doing with his distinction between  Geschichte and Historie ... He is looking for a way to translate statements concerning past events into statements about the present life of faith. Pannenberg's subjectivism is not that of experience but of historical methodology. But his way seems fully as escapist as does Bultmann's" ("The  Character of Pannenberg's Theology", in Theology as History, edited by J. M. Robinson and J. B. Cobb Jr., pp.177, 192-193). Pannenerg  accepts Kirn's definition of the historical method - "a historical conclusion can be regarded as certain when ... despite the fact that it is not removed from all possible attacks, it is nevertheless in agreement with all the known facts" (Basic Questions in Theology, Volume l, p. 54). We may welcome Pannenberg's emphasis on the resurrection as a much more biblical theology than Bultmann's demythologizing of the gospel. We must, however, ask whether Pannenberg's way of leading us to faith in the risen Christ, by way of the historical method, does not leave us at the mercy of scholarly opinion. Some theologians speak of the historical reliability of the New Testament. Others are sceptical of every reference to the miraculous, arguing that it all has to be demythologized. Pannenberg stands between these two positions, affirming the historicity of the resurrection while remaining unconvinced about the historical value of other parts of the Gospel story. In the face of the shifting sands of scholarly opinion, I think we have to say that historical research can take us so far along the road to faith, laying the evidence before us and inviting us to make up our mind.It cannot take us all the way to faith. Once we have weighed up the  evidence, we must choose which way we will go - the way of faith or the way of unbelief.

Recognizing the limitations of historical research does not mean that we must retreat into a blind faith that has no intellectual integrity. It does mean that, once historical research has taken us as far as it can, we still have to take a step of faith. It's not a leap in the dark. It's a step into the light which shines into our lives when we turn our eyes upon Jesus, the light of the world. When we look at all that the Scripture tell us about  Jesus, we will see that he willingly submitted himself to the Scriptures. We must learn from Christ's attitude to Scripture. We must follow him. Here, we will learn from Barth: "God himself says what the text says. The work of God is done through the text ... If God speaks to man, he really peaks the language of this concrete word of man ... There is ... the hearing of the word of God only in the concrete form of the  biblical word", "We must study it (the Bible), for it is here or nowhere that we shall find its divinity". "The inspiration of the Bile cannot e reduced to our faith in it". "Scripture is recognized as the word of God by the fact that it is the word of God" (Church Dogmatics, I, 2, pp. 532, 463, 534, 537).
- January 28, 2020 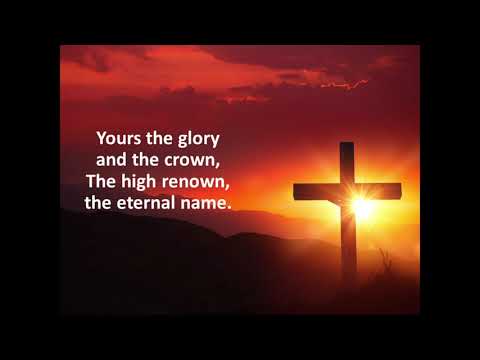 Read Your Bible, Find Your Saviour.

"It is surely ours to combine these elements of mourning for sin and joy in our salvation in one complex and composite experience which keeps us perpetually humble and yet perpetually joyful too."— Rev William Still

Online Bible by Logos
Add this to your site!

The Theology Of G C Berkouwer

Christ in all the Scriptures